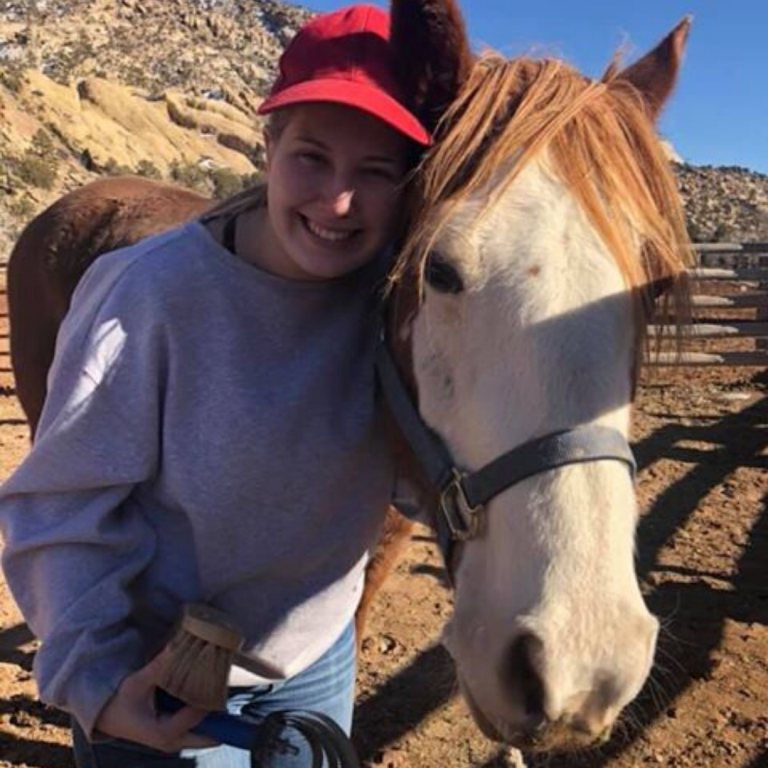 Meet Pete! Our Equine Therapist of the Month!

Equine Therapist of the Month

Pete came to Turn-About Ranch back in 2005. He came out of Mexico as a young, well-seasoned and big hearted five year-old ranch horse. Over his 15-year career at Turn-About Ranch, he has worked with approximately 75 kids. Though in the very beginning Pete had issues with crossing water (whether a puddle or a trickling stream), both staff and our more experienced student riders helped Pete get over his apprehension (he initially would leap water like he was leaping across the Grand Canyon) and he is now a horse that has no problem standing docilely in a stream cooling his hooves. Pete is an all-around gentle horse that’s both easy to be around and willing to work in the arena or out on the ranch pushing cows. Currently, at age 20, Pete still has a lot of heart and willingness to move out. He is as solid as he always was, and a friend to all he meets.

The following story was submitted by Angie, a parent of one of our students and a loved member of Turn-About Ranch’s extended family.

Memories from a mom’s point of view! My daughter is Emily. She began her journey at TAR on 1/5/2018. She graduated 4/13/2018. Her horse was Pete…which she renamed Peter while she was there.

I just wanted to share and give a little inspiration to those that may be struggling with a teen/young adult. My daughter started her journey at TAR on 1/5/18. We returned the end of January for her second visit since she had graduated. I was so proud of the advice she gave the girls that were there at the time and the role model she had become for those girls.

The neatest thing happened while we were there and I hate like crazy we didn’t capture it on video. She went to get her horse, Pete, which she had renamed Peter while she was at TAR, for a trail ride that she was going to get to go on. She had not seen him since the previous June, so it had been almost 8 months. I was told that this horse was once very stubborn and would run when someone would try to catch him…..much like my daughter before her time at TAR. During Emily’s time there they developed a very special bond. It got to where when she would go in the pasture and call his name he would simply lift his head, look her way, then walk to her. Prior to this visit she voiced that she figured he would have forgotten her. This time as she entered the gait she yelled out “Peter”. Not only did he not forget her…he looked up and actually turned and RAN to her. He made a circle around her and bowed his head and walked to her. Just the neatest thing to see the bond between the two of them.  So just like our stubborn kids, if we continue to show them love, consistency, and not give up on them, we too can rekindle those bonds!

One of the main reasons I sent my daughter to TAR was because of the equine therapy program. This was the first picture I received of Emily and Peter while she was at TAR before her mid-term. 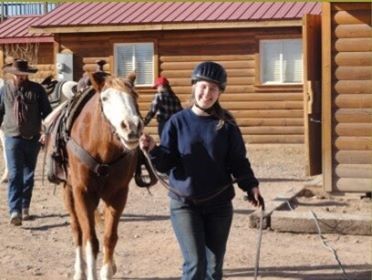 This next picture was taken at her mid-term. I had it blown up and it hangs in her room surrounded by inspirational sayings as a constant reminder of her time at Turn-About Ranch and the impact Peter made on her life. 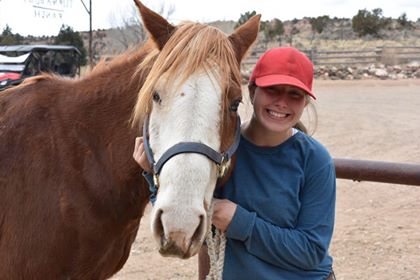 I have so much love and respect for the people at TAR and will forever be indebted to you all for saving my daughter’s life.

Do any of you remember Pete? Please feel free to submit your memories and photos so we can add more details to his dedicated page (still under construction). Thanks in advance!

Angie was my lifesaver when my son went to TAR 12/8/2019. She help me understand why certain things were being done. TAR was amazing for my son, Cale. He graduated March 12th 2020. Thank you TAR for helping me get my son back and thank you Angie for helping me remain calm during this time!!!!!