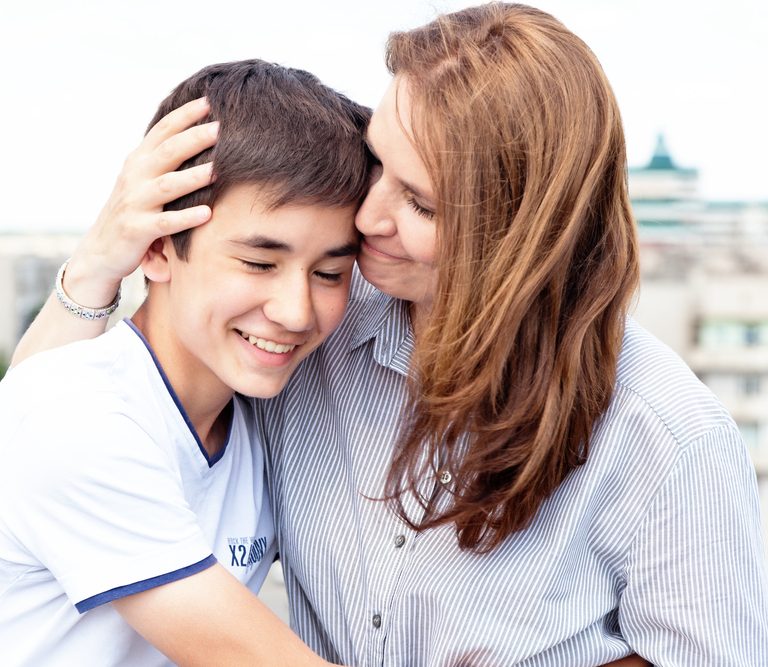 How to Get My Teen to Listen to Me

Nearly every parent in every generation of time has experienced some form of teenage rebellion with their children. At Turn-About Ranch, we have helped many parents and teens learn to communicate better. If you’re struggling with a teen who won’t listen to you, we understand. It can be frustrating to have someone not listen to you when you truly care about them and have their best interest at heart. Getting your point across to them can be complicated, but it’s not impossible. Give these parent-teen communication tips a try! 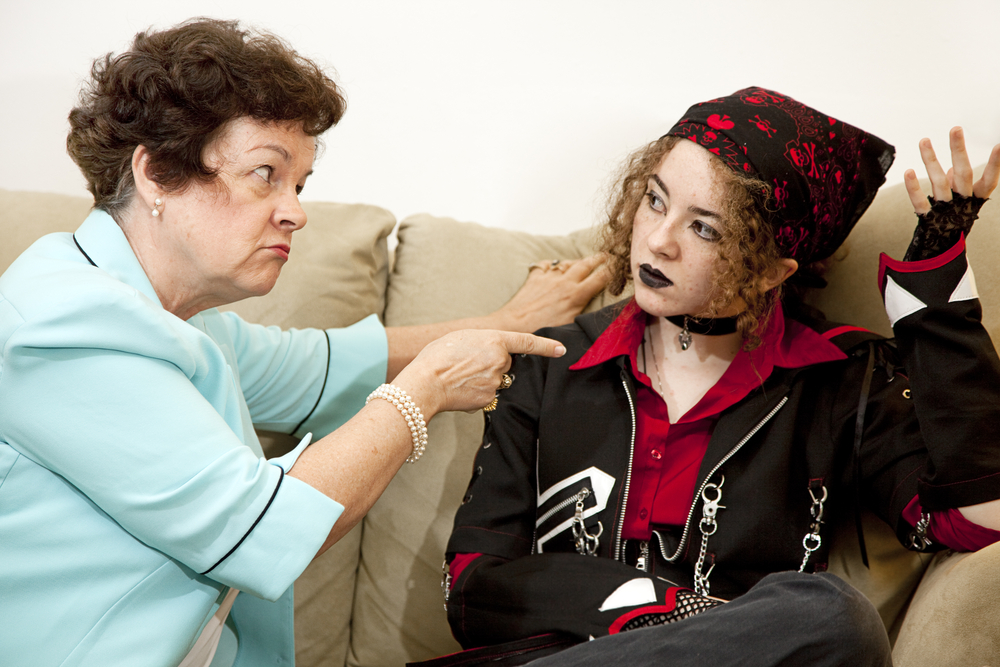 When you talk to your teen, do you point your fingers at them or when you’re pointing at things giving directions? Whether you intended for it to be or not, this is actually negative body language. This is what closed-palm finger pointing typically means and how your teen could be perceiving this physical action:

If you’re in the habit of pointing your finger, try changing how you use hand gestures. Work on avoiding closed-handed gestures—especially finger pointing and fists. Make sure your hands are open when gesturing, but avoid claw-like or karate-chop-like gestures too. You don’t want to show your intensity through your movements. If you’re sitting down talking to your teen, for example, gently place your hand on the table when you feel the need to point. Such gestures are more likely to be interpreted positively and less threatening.

In line with our finger pointing tip above, we believe that it’s very important to be in control of your reactions. Sometimes teenagers act out in order to test how you will react. By reacting negatively, you are actually giving up some of your own control. If your immediate reaction is to yell or criticize, you’re also more likely to trigger a defensive response from your teen. Strong reactions will make teens put up emotional walls. Because they’ll think parents will feel uncomfortable or angry when issues are brought to them, they may stop being open about issues parents need to know about. Instead, approach issues with empathy. Here are a few examples of appropriate responses you can use with your child.

Teen gets a bad grade on a test: ”It looks like you’re struggling in Math. It’s a pretty tough subject. What do you think we can do to better prepare for your next test?”

Teen lashes out at a younger sibling: ”Being a big brother is a lot of work, I understand. I think you both need a little space from each other right now.”

Teen got in a fight at school: ”Getting along with other people takes patience. What was the most difficult part of this social situation, and why do you think you reacted that way?” 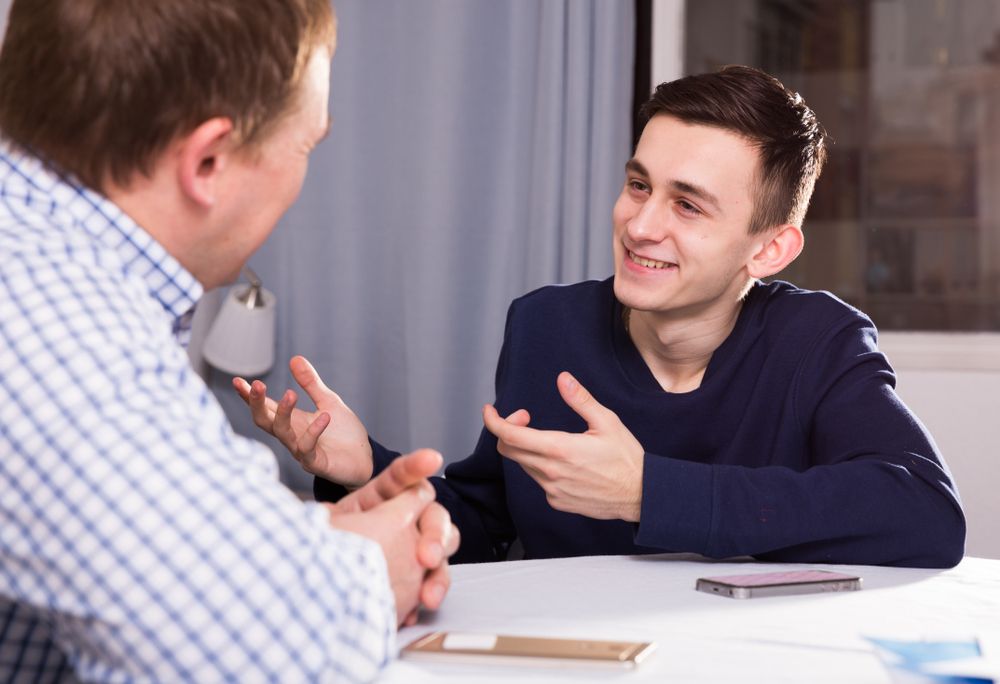 As you’re talking to your teen, avoid talking in terms that your teen either doesn’t understand or has little interest in. If they’re asking “What does that word mean?”, chances are what you’re saying is going through one ear and out the other. Use vocabulary and analogies that your teen will understand or connect to. If your teen isn’t showing interest in religion, for example, quoting bible verses left and right isn’t going to be too effective. We’re not saying to not be religious, but just make the conversation something your teen will want to have a discussion about. To help, use examples from their own interests, like Star Wars, football, or whatever else they may be into.

One of the biggest things you can do to help your child want to listen to you is to make sure you’re present in their life. Go to their band performances, take treats to their robotics club meetings, etc. Be there at home at night to talk about the day and give your teen the time to bring their problems to you. Some teens may feel embarrassed about having their parents involved with their school or other areas of their personal life, but it shows that you care and they’ll know that you are there for them. 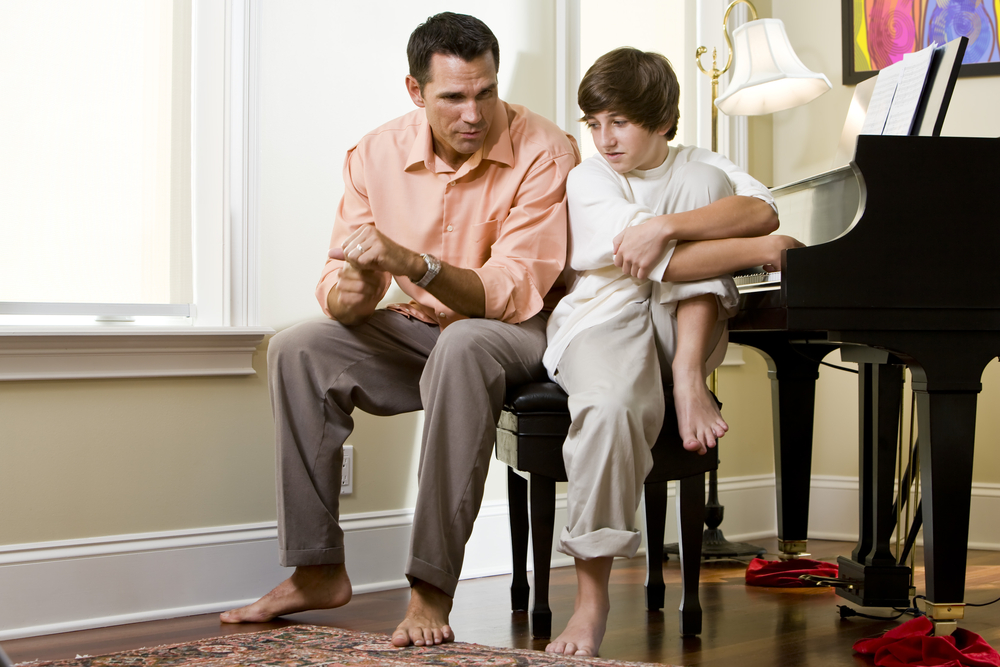 Children and teens crave consistency! They will respect what you have to say more if you’re consistent about it. Unless it’s absolutely necessary, don’t keep changing the rules every other day. Let your teen know what you expect from them and what they can expect from you should they choose whether or not to listen to you and abide by your rules. Then, do your part by following through. Don’t let one consequence slide one day and then go hard on enforcing the consequence for the same reason the next day. Teens should also be able to expect the rules to be implemented in the same way from parent to parent.

As a parent, you should always follow through on what you say you’re going to do—whether it’s enforcing consequences or doing something you promised to do. This type of consistency builds trust and helps your teen take what you have to say seriously.

6. Look for Opportunities to Praise

Teenagers are constantly looking for approval. Although many seek it from their peers, it’s important that they feel it from their parents. Often, we tend to praise children more when they’re younger, but teens still need to hear that they’re doing a good job. As they internalize your approval for the good things they do, listening to you should become easier and less of a battle.

How Can Turn About Ranch Help You & Your Teen? 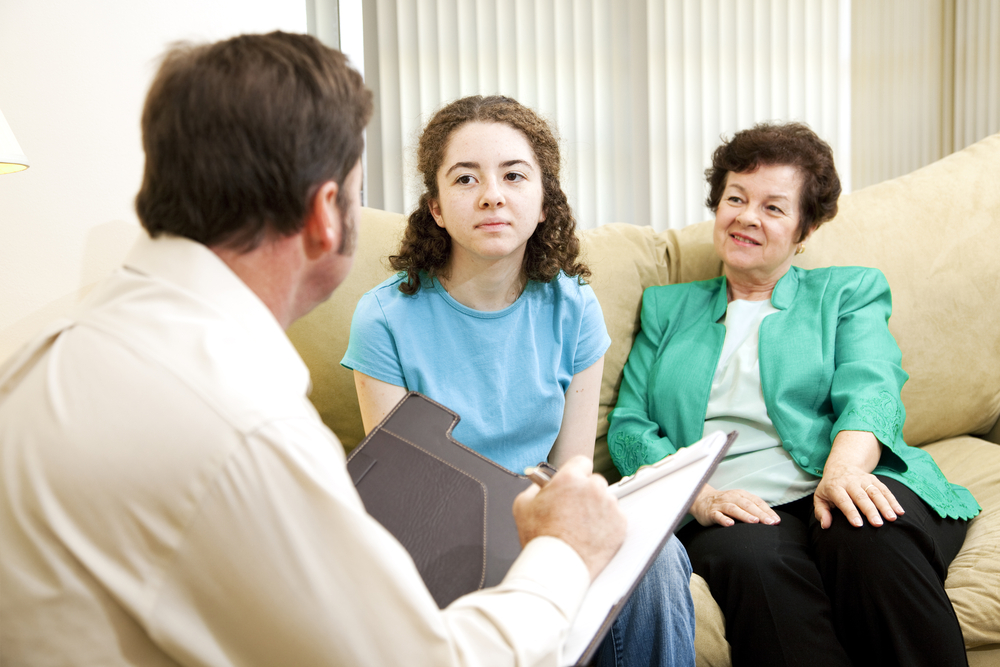 We know that parenting teenagers can be tough. We’ve worked with many troubled teens who have struggled with listening to their parents and have worked with them and their parents on proper communication. Whether you would like to get your teen the help they need through our treatment facility or are interested in a therapist recommendation for someone who can help get your parent-teen relationship on the right track, give Turn-About Ranch a call.