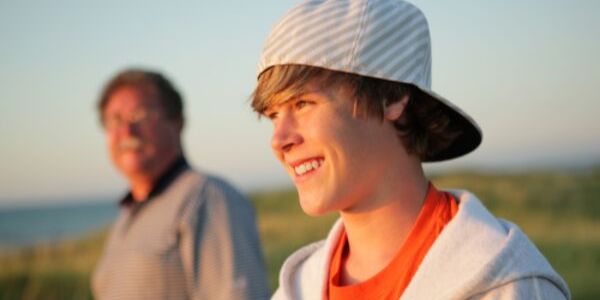 Perspectives on Parenting from Dayna Rust, LMFT
Dayna Rust, who is featured in the following article, is the former Clinical Director at Turn-About Ranch. Though Dana is no longer affiliated with Turn-About Ranch, the insights and issues she addresses in this article remain relevant to our program, and are consistent with the objectives and philosophies guiding our efforts to serve struggling teens and their families.

Parenting is a task easier said than done. Most parents understand the fundamentals of raising healthy, well-adjusted children, but teenagers have a way of throwing off even the most prepared, well-intentioned adults.

Sometimes it helps to enlist the support of a trained outside observer, who can get to know both parent and child to understand their patterns and interactions on a level that families in the midst of conflict cannot always see. At Turn-About Ranch, an adolescent residential treatment center on a real, working ranch in southern Utah, clinical director and licensed marriage and family therapist Dayna Rust addresses these issues at a mid-term workshop for parents of troubled teens attending the program.

At the workshop, Dayna asks parents to evaluate their relationships with themselves, each other, and their child in order to make adjustments before their child returns home from Turn-About Ranch. Her goal is to point out parenting patterns contributing to defiant, underachieving, rebellious teen behaviors, as well as alternative approaches and techniques to strengthen family bonds and promote honesty, cooperation, and respect.

Below are a few of the common parenting pitfalls Dayna has observed as well as suggestions for alternative ways to approach raising teenagers. 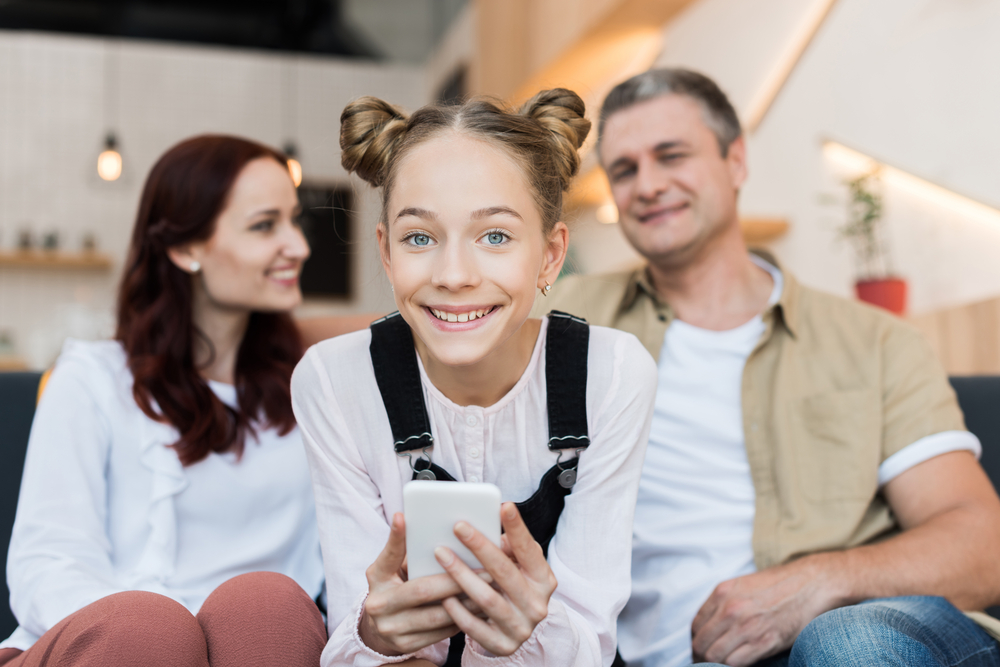 Teenagers are experts in “dividing and conquering” their parents. The “inconsistent parent” allows this to happen by siding at one time with their co-parent and at other times with their child. The result is inconsistent rules and a message to the teen that she can get her way if she tries hard enough.

“Often what we see is that the child has learned they are in control,” says Dayna.

“They have learned to manipulate any discrepancies in the mom and dad’s parenting styles and have managed to repeatedly turn their parents against each other.”

Every parent knows that teenagers need rules and boundaries and most parents know the basics of setting and enforcing those rules. It takes practice, guidance, and self-regulation to become an expert in actually implementing the knowledge in everyday life.

Dayna explains that it’s more important for parents to stand united in setting a rule than it is to be “right.” For example, if one parent wants to ground their child for two weeks and the other argues for four weeks, the critical lesson isn’t the amount of time the child is grounded, but that the parents jointly set a limit and enforce it.

If one parent disagrees with the other parent’s rule but agrees to enforce it for the sake of consistency, they must stand firm. This means avoiding saying to the teen, “I know it’s harsh, but I’m trying to support your father,” or other comments undermining the partnership, even when implored by the child to come to his rescue. 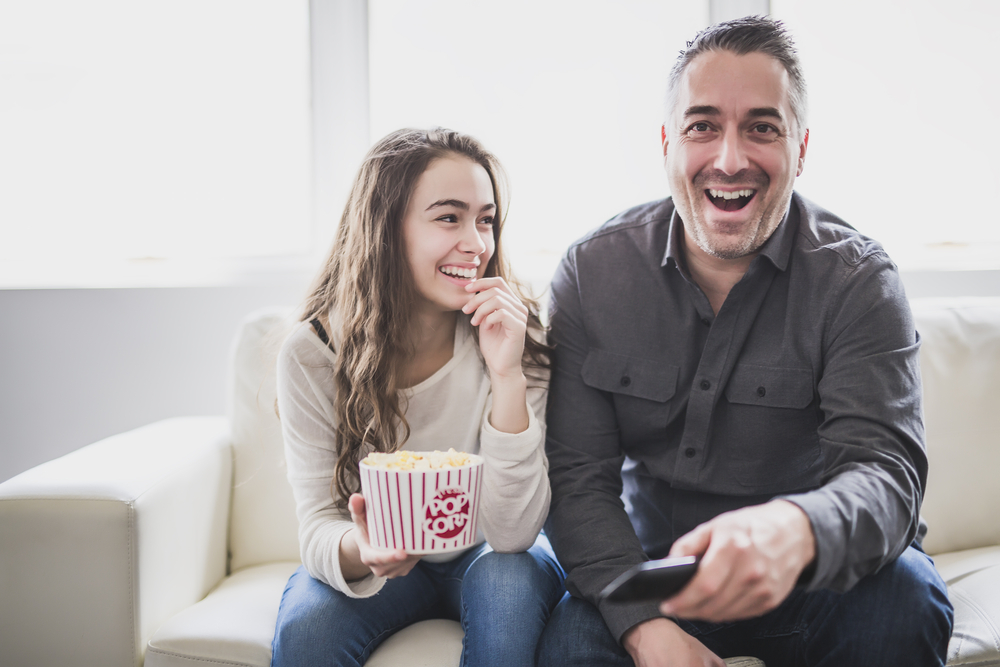 Just as every parent knows they need to set rules and boundaries, they also know their teenager will test those boundaries at every turn. This is where the “best friend parent” goes wrong. When a child pushes the limits, these parents give in for the sake of keeping the peace and “preserving” their friendship with their child. The last thing they want is for their child to be mad at them or dislike them.

But parents are meant to be parents, not friends, advises Dayna. “When you set rules, you can be sure your kids aren’t going to like it. You’re certain to hear ‘But that’s not fair’ or ‘You’re ruining my life!’” Dayna reminds parents they are in control and it is their responsibility to do what’s best for their child. “Just as you strapped your 1-year-old into their car seat despite their objection, you must continue to make decisions with their best interests in mind, even if they don’t like it.” 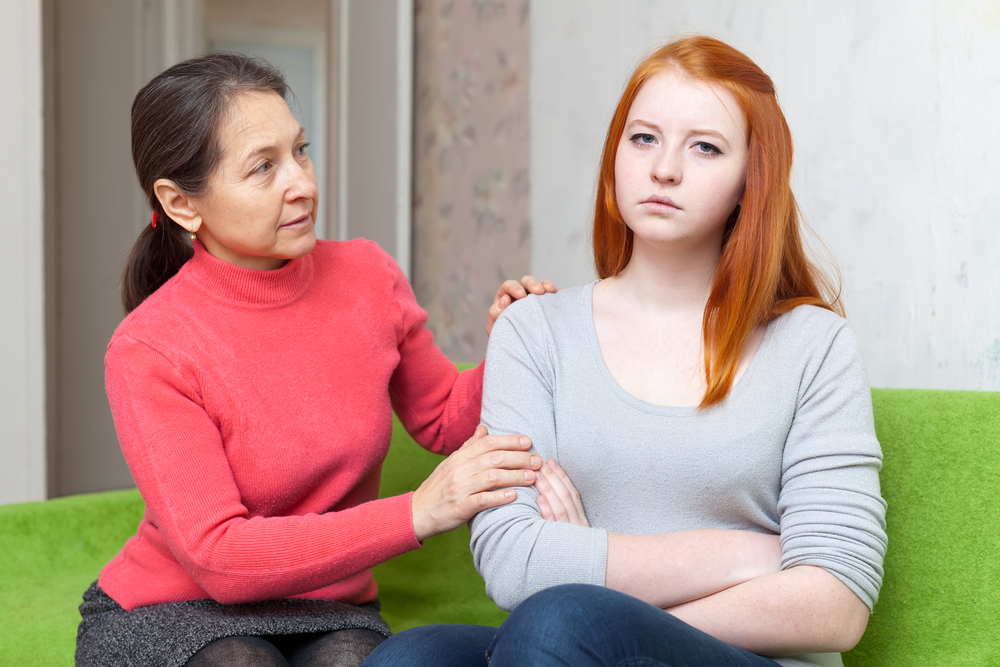 Every parent loves their child, but the “enabler” parent believes because they love their child so much, life should come easy to him. They can’t bear to see their child struggle and will go to great lengths to fix their child’s problems; for example, by doing their teen’s homework because he procrastinated with video games and television and didn’t complete his assignment.

“It’s not your job to make sure your child never fails or to fix her messes,” notes Dayna.

“It’s your job to be there and support her learning process so she grows into an adult who makes good decisions, works through disappointment and frustration, and takes pride in her accomplishments. The best response a parent can give in a difficult situation is, ‘I know this is tough, but you can count on me to be there for you while you fix it for yourself.’”

Letting your child experience the consequences of his decisions and accept responsibility for his actions breeds accountability, maturity, and an ability to deal with the messes life sometimes brings. Although your immediate reaction may be to run to his aid, consider what will be best for him in the long run. 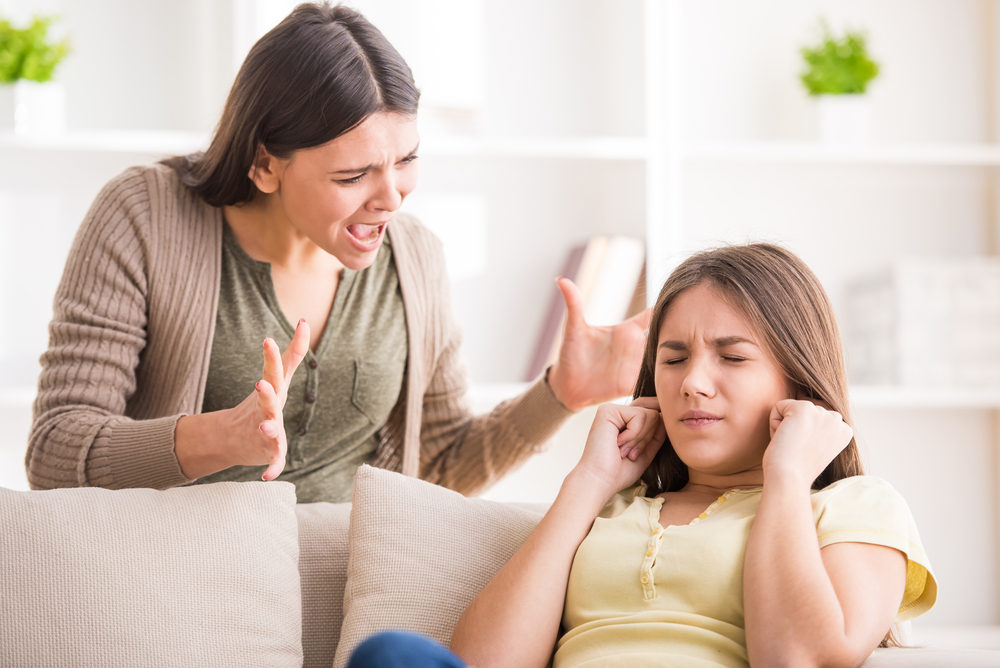 When a teenager makes a poor decision, such as staying out past curfew or drinking at a party, the emotionally reactive parent is waiting anxiously at the door, steam seeping from his ears, to punish the teen for her mistake. If you address the issues when your emotions are running high, you teach your child she can’t trust you and you’ll attack even if she is trying to apologize or do the right thing. In heated moments, it’s difficult not to react emotionally, but it’s a skill all great parents learn.

According to Dayna, a parent’s first thought in these instances should be, “This is not about me. She’s a teenager and teenagers make mistakes.”

Not taking your teen’s poor choices personally will help you control your reaction. Give your child a chance to be honest, admit her mistakes, and apologize. If she lies or gets upset, know you can handle it. To respond with yelling, crying, or other emotional outbursts will only launch a battle ultimately destroying your connection with your child.

Second, have an action plan or home contract in place so you know what disciplinary measure is in order without making rash decisions in the heat of the moment. Turn-About Ranch sends every family home with a home contract, a tool designed to keep the family on track and maintain their momentum after their time at the ranch ends. In the contract, parents write their values as well as guidelines based on those values. For example, parents who believe education is a priority may create rules about grades, jobs, and homework. Parents who value honesty will set rules that reward telling the truth and penalize sneakiness or manipulation.

The home contract also sets a time frame, with both short-term and long-term goals, for earning back privileges such as television, iPods, computers, cell phone, and driving the family car, based on demonstrated trustworthiness and honesty.

“The burden should be on the child to prove her trustworthiness,” explains Dayna.

“If parents give too many privileges too early on, the burden shifts to them to take those privileges away. The mindset should be, ‘Prove you have grown and changed by willingly following our guidelines.’”

In Dayna’s experience, the biggest challenge with home contracts is actually not the child, but the parents’ ability to stand by the rules. “When things are going well, they want to reward their teen so they grant extra privileges and give up their control too soon,” she says. Then their teen starts acting out again and falling into old routines, and the parents have relinquished their authority.

After determining the appropriate disciplinary action, choose a time when you are calm and collected to talk to your child about his actions and describe the consequences. “The message is, ‘There are consequences for every decision. Even though I will set and enforce rules, you know you can come to me next time you make a mistake and we will work through it calmly and fairly,’” says Dayna.

When it comes to teenagers, progress doesn’t mean not making mistakes or engaging in questionable behaviors; it means parents and teen are learning better ways to work through the issues and are communicating respectfully and effectively with one another.

Between the hard work, integrity, and life skills teens develop at Turn-About Ranch and the ongoing guidance and support offered to parents, families start to enjoy the trust, openness, and peace that once existed in their homes. In the words of one Turn-About student,

“This experience has brought us closer in every way. When you lose something for awhile, you realize how much you miss it. My parents and I both realized how much we care about each other, and now we have the tools to show it.”